This week I had a work ‘team-building’ day at a cottage in idyllic Gull Lake belonging to one of my work colleagues, Trevor. Trevor is an adept hunter and outdoorsman with a shared interest in nature, and he kindly offered to take me out the following day with him as he scouted some hunting spots in preparation for the upcoming hunting season. In the area we explored on this day, Trevor had mentioned that in a wooded area several years ago he had come across an abandoned farmhouse that was occupied by several porcupines and I said I would be very keen to see a porcupine, never having seen this mammal before. So, less than 5 minutes into our hike, we came across the dilapidated structure & after working our way, very quietly, through the surrounding shrubs and trees that were slowly but surely consuming the farmhouse we entered via the front door and lo and behold there was a great big porcupine – Trevor had delivered!  Apparently porcupines are well aware of their formidable quill defence and are relatively unafraid of larger mammals such as us, and this guy was no exception being quite content to let us photograph (with flash, as it was extremely dark in the house) him for a few minutes. 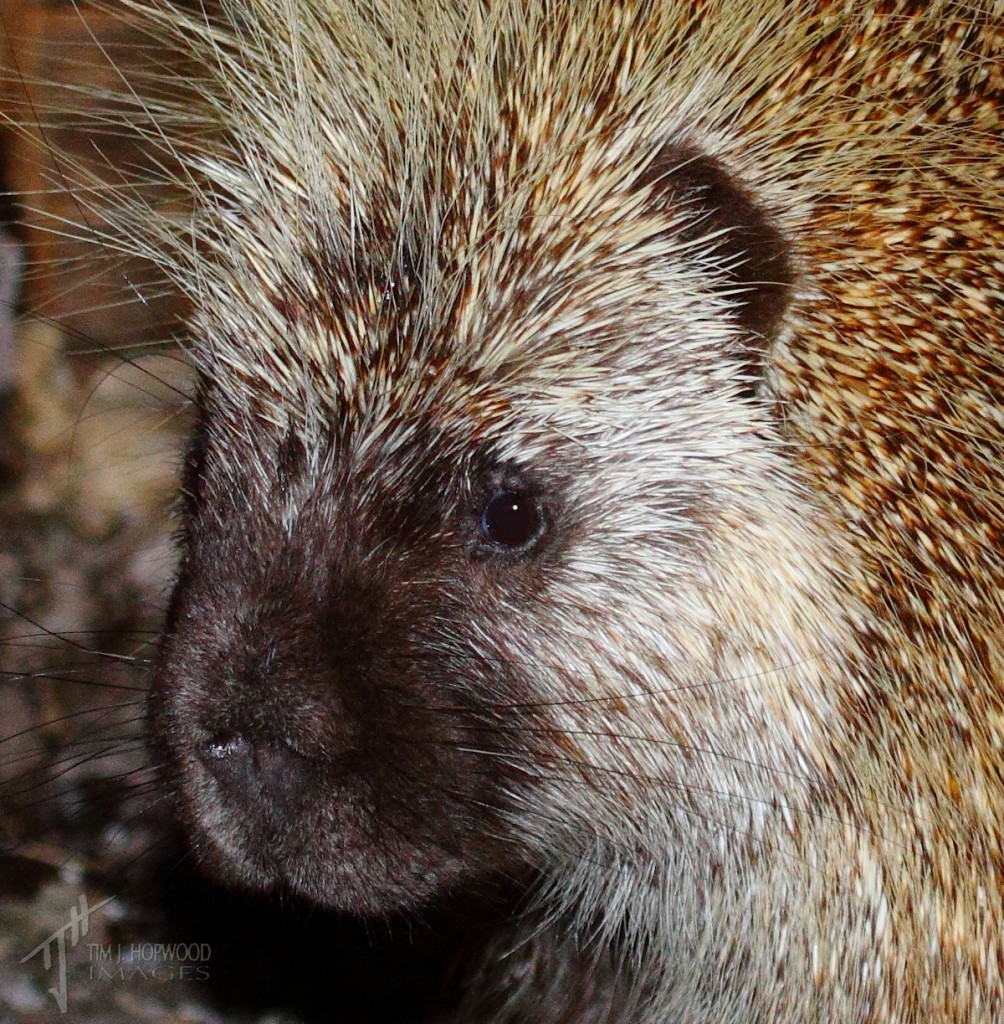 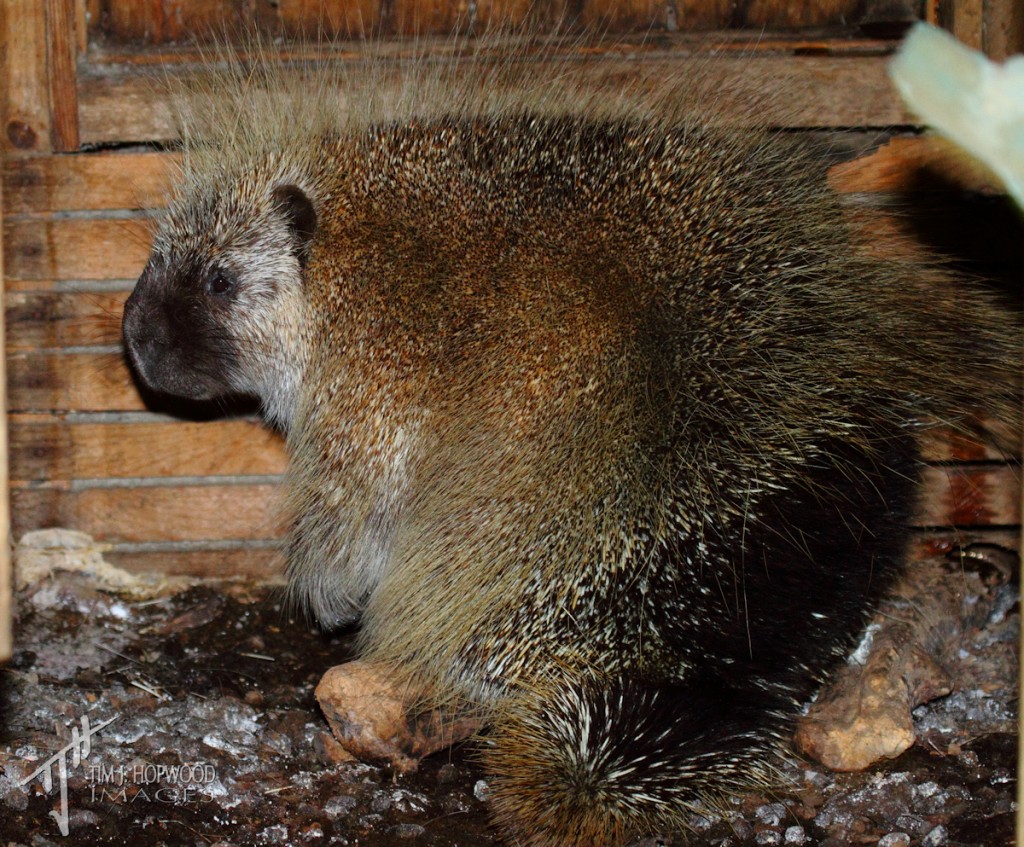 After successfully bagging our main goal for the day, everything else was a bonus from here on in. Some of the additional highlights later on the hike included some very plentiful and colourful butterflies and dragonflies, numerous frogs, and one particular bird ‘hotspot’ where there were multiple flycatchers, warblers, chickadees and even a grosbeak (lifer for me). 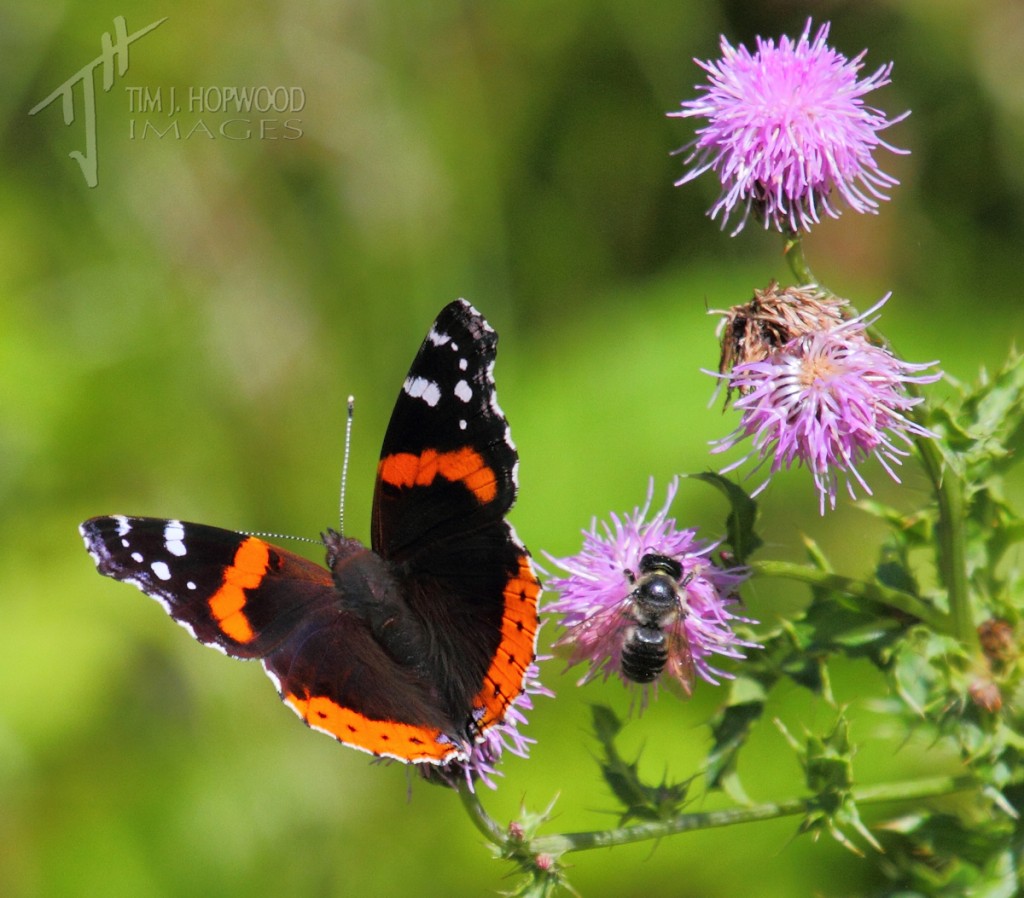 After 4 hours or so of hiking through fields and forest we did finally see a White-tailed Deer, so Trevor knows that there should be some game when he returns. The final entertaining end to the day came when we were crossing the final field when the occupants, a herd of cattle, showed more than a passing curiosity in our presence and chased us up & over the barbed wire fenceline! A big thanks to Trevor for a great day out & I look forward to any future such opportunities during the upcoming hunting season.

Taken on the lakeshore prior to the hike 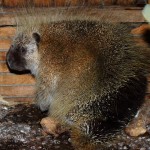 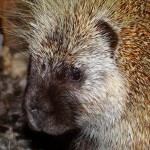 Found on the trail near the farmhouse 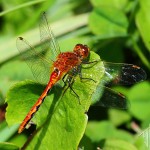 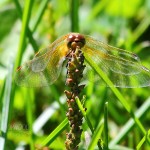 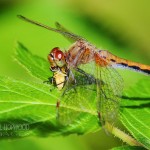 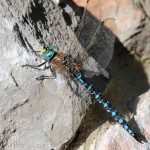 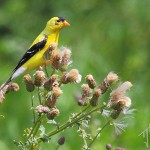 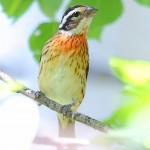 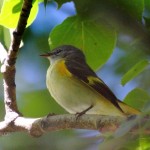 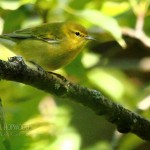 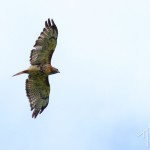 This guy was missing several feather & looked in poor shape 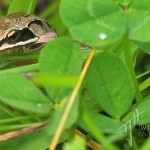 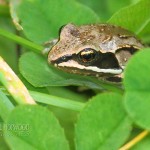 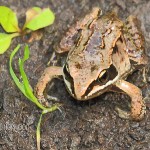 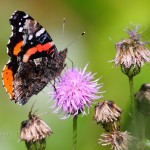 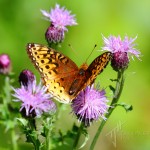 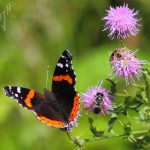 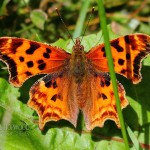 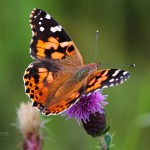 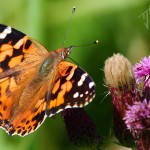 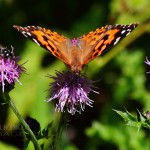 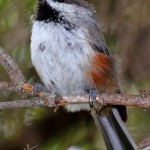 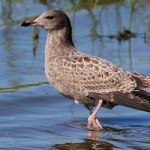 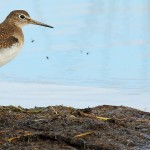 Taken on the lakeshore prior to the hike 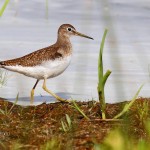