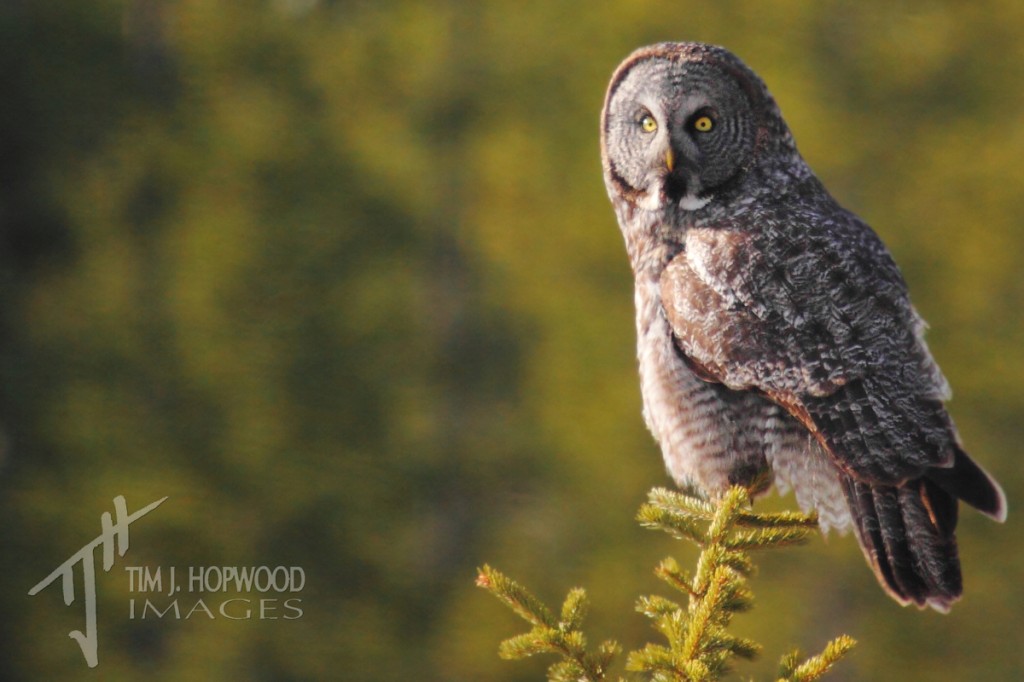 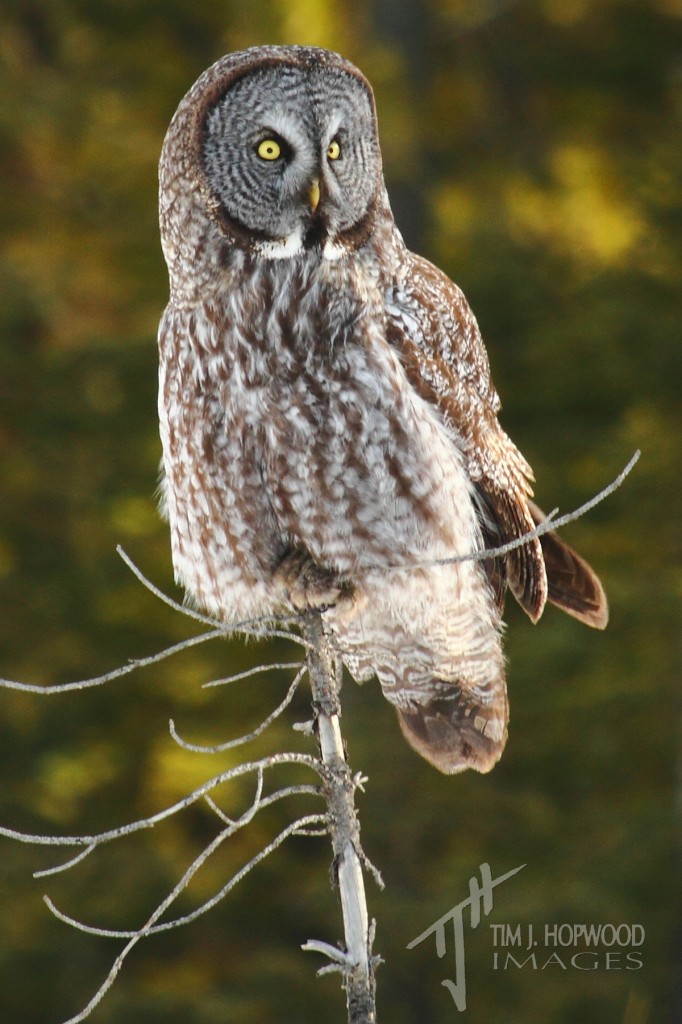 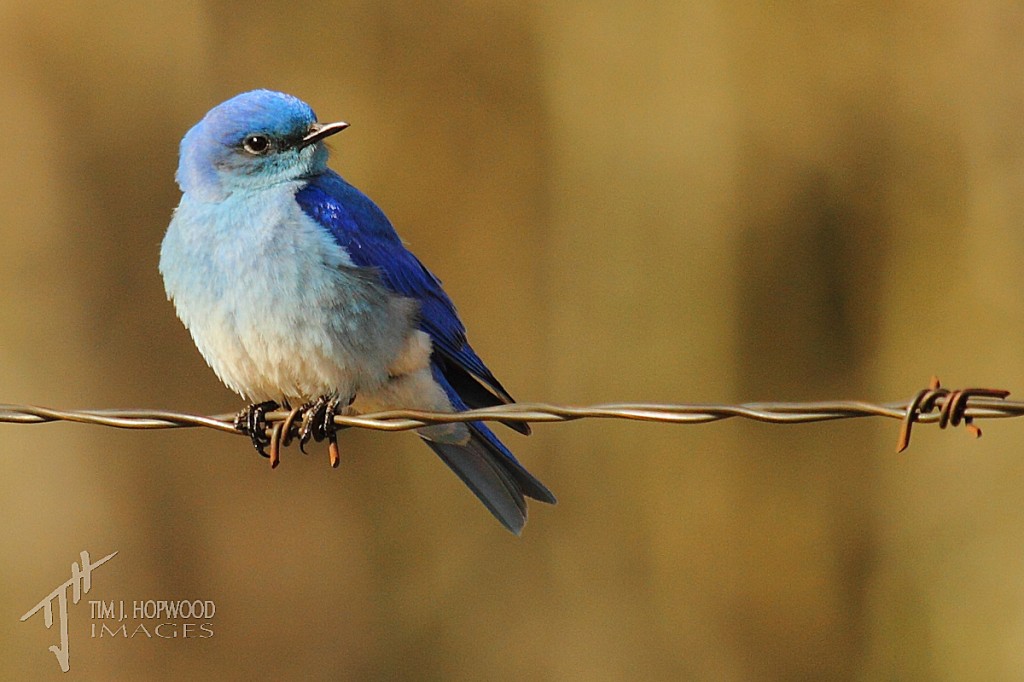 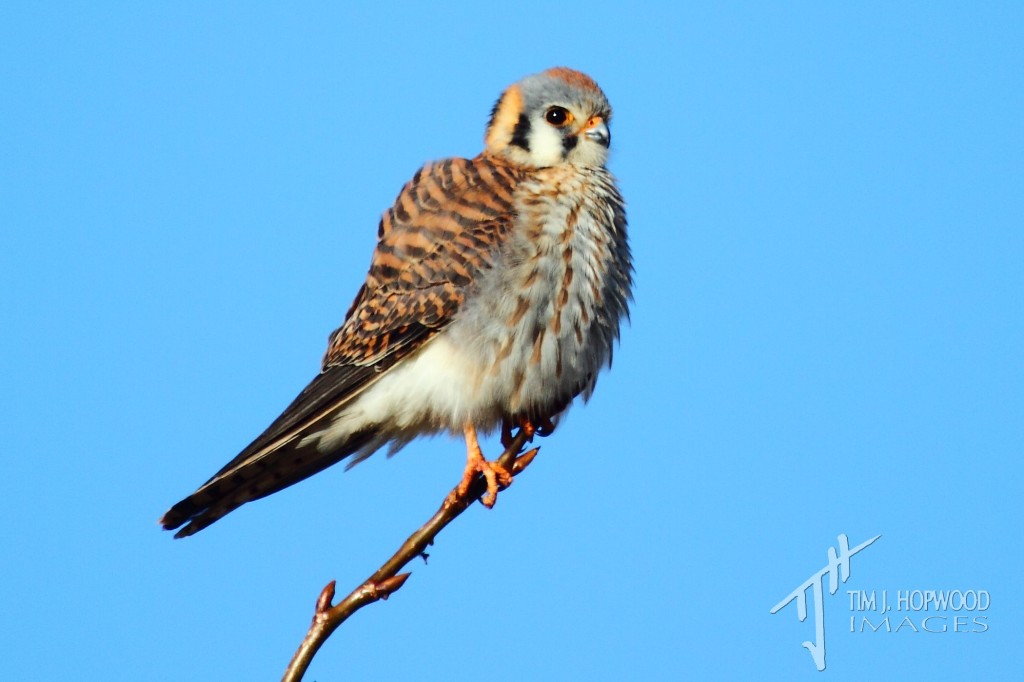 Perched perfectly by in a roadside tree for this shot

Having heard on the Albertabird website about many spring bird sightings (including Great Gray Owls) along the Grand Valley Road near Cochrane, AB, I decided to take a look for myself so headed off at 8:30am for the 30 minute transit. The bulk of the route is paved and cuts through cleared farmland and with minimal traffic (at least at this time of the day) so I was able to drive at a fairly sedate pace while scanning the trees, fencelines and telephone poles.  I’d barely gone 5 minutes when I saw the first  of many Red-Tailed Hawks, shortly followed by a female American Kestrel perched in a perfect shooting position next to the road. Shortly after I spotted another raptor atop a telephone pole, so I pulled over & started to shoot. This guy (later identified as a Rough-Legged Hawk) seemed fairly relaxed & intent on preening and I was eventually able to walk right up to the pole to shoot. 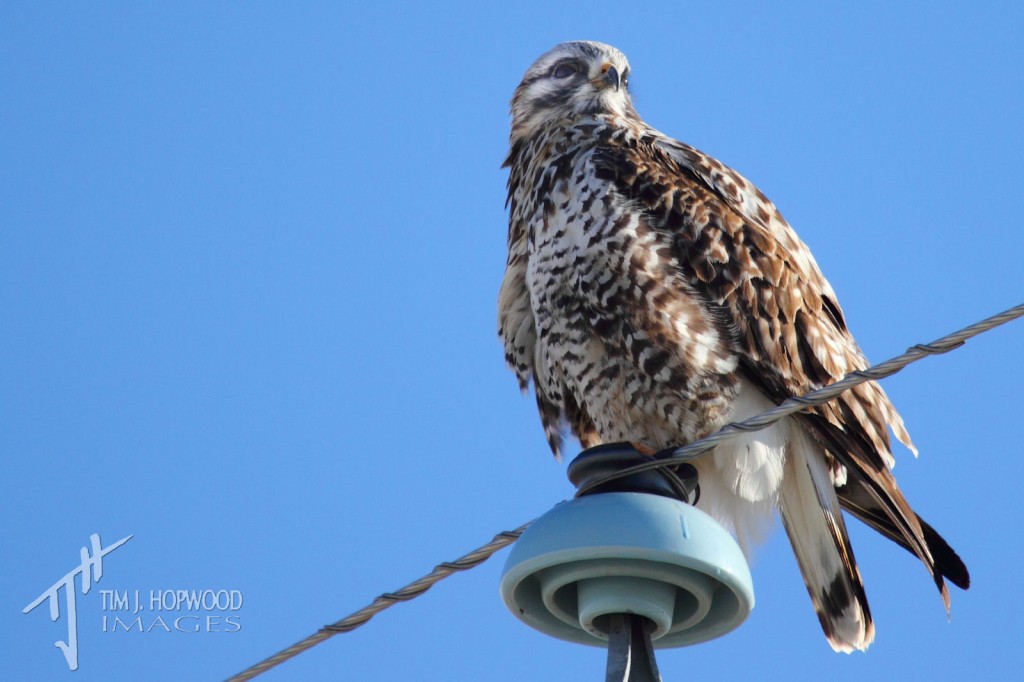 This fellow was completely unperturbed by my presence.

Continuing on, the raptors kept coming, albeit largely the common Red-Tailed. After about 45 mins I came to the Bates J Ranch gate where I had heard there might be some Great Gray Owls…no luck today though. I had no real plans for the southern return leg route, so just headed in that general direction back to Hwy1A. I spotted many pairs of Mountain Bluebirds, but this species being particularly skittish it took me several goes to get close enough with the car without spooking them. Fortunately, they would just move a few fence-poles further down the road allowing me to follow them until they were comfortable. I would love to take some more shots of this very colourful bird. 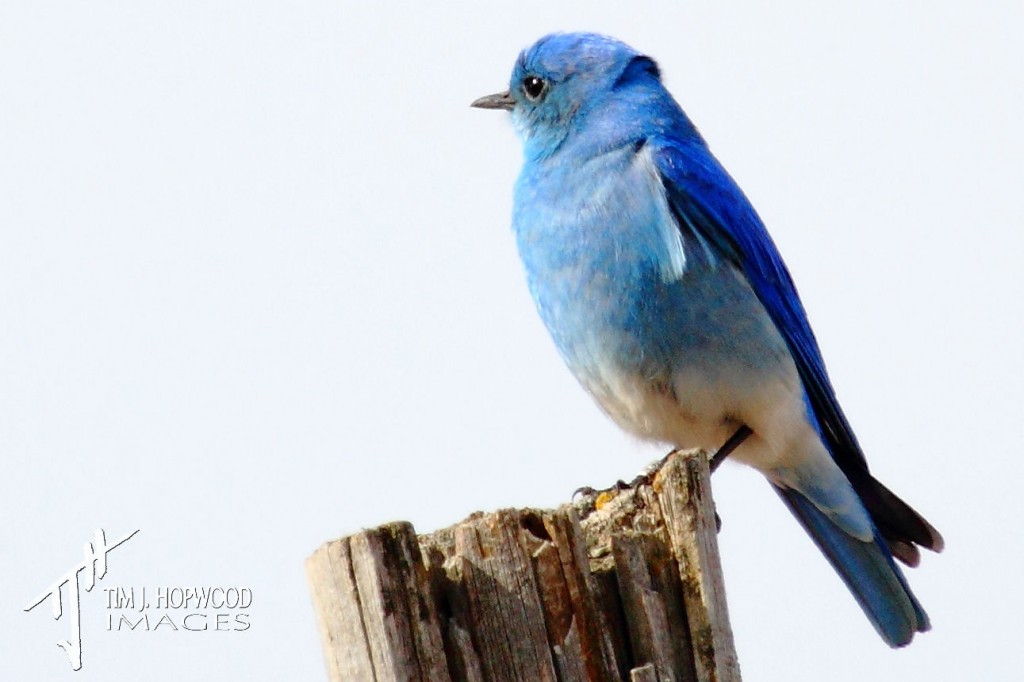 Finally on the last legs of the return I was shooting another Rough-Legged in a tree when a very dark-coloured and impressive Red-Tailed Hawk flew up and dislodged the other hawk from its perch. All in all, a very satisfying trip and I shall definitely return soon!

Perched perfectly in a roadside tree for this shot

This fellow was completely unperturbed by my presence.

This ‘dark morph’ RTH dislodged the Rough-Legged Hawk (in the preceding shot) from this spot just moments earlier. 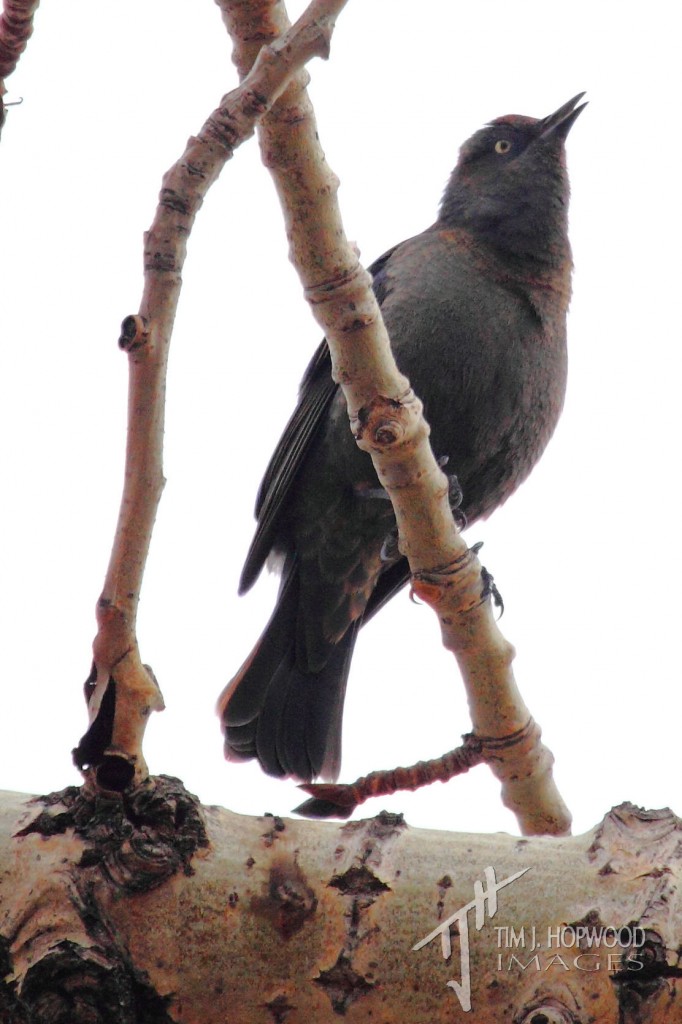 Rusty Blackbird - you can see the red-orange 'rust' on the neck & underside.

Today the temperature was hovering around 0 C and the sky was overcast, so when my kids went for their afternoon nap I jumped in the car and headed off to the ‘Mallard Point’ area of Fish Creek Provincial Park which I do not believe I had visited before. After 30mins of walking along a path next to the creek, I has seen nothing of note & decided to head back. When I got to the car I decided to go another 5 minutes in the other direction and soon heard some bird calls I did not recognise. I soon located the source high in a tree & took some ‘identifier’ shots  of what I took to be the fairly common Red-Winged Blackbird, then headed home.( Note: I say ‘identifier shots’ because I was not able to get a decent photo of such a dark bird against an overcast sky…hence the shots were purely to identify the bird, not to hang in the gallery!) Later in the day when I reviewed my shots I was very pleased to identify the bird I had photographed as a Rusty Blackbird, a first for me :). 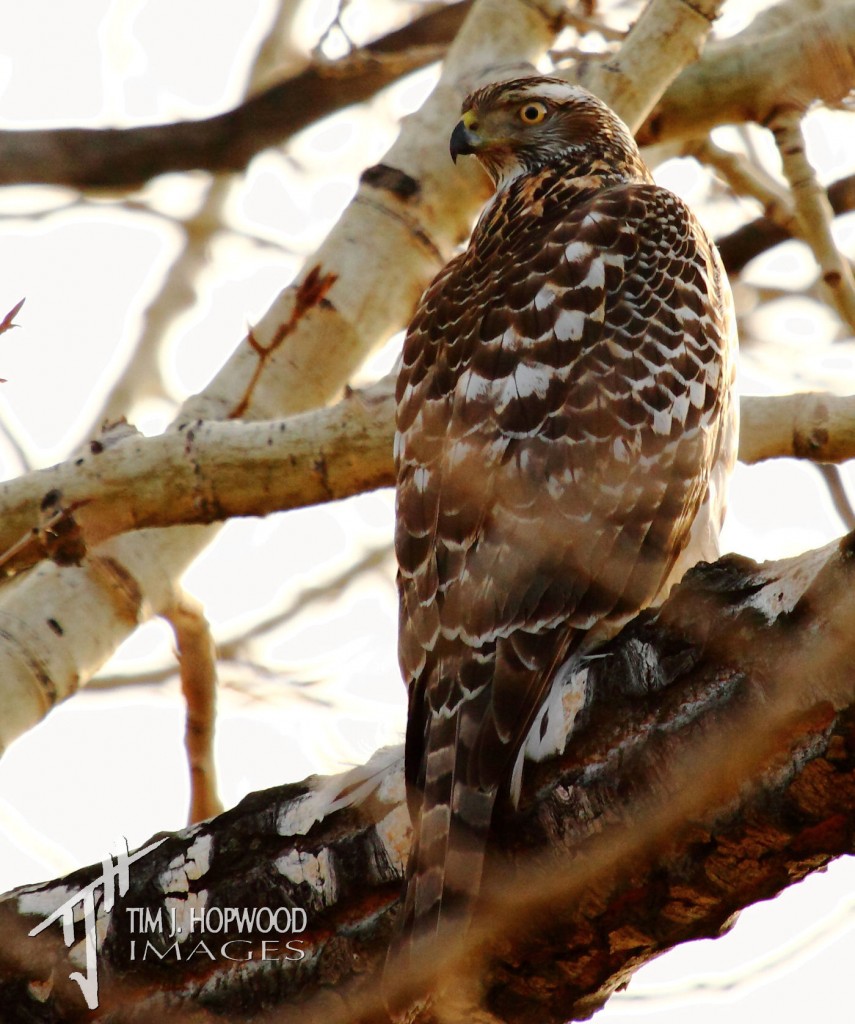 I have had many enjoyable trips to the Inglewood Bird Sanctuary, both for photography and just with the family. I still find it amazing that this great park exists right in the middle of the city, with the bonus that it’s  only about 10 minutes from my house. However, I have never visited this early in the year and interested to see what the IBS would yield at this time. Happily, I was not disappointed as I had barely entered the park when some birders kindly pointed out a Northern Goshawk in a tree that I would otherwise have completely missed. I was also able to get some nice shots of some more common species such as chickadees, flickers, woodpeckers and more redpolls – see the gallery. Another satisfying trip to add to the list. 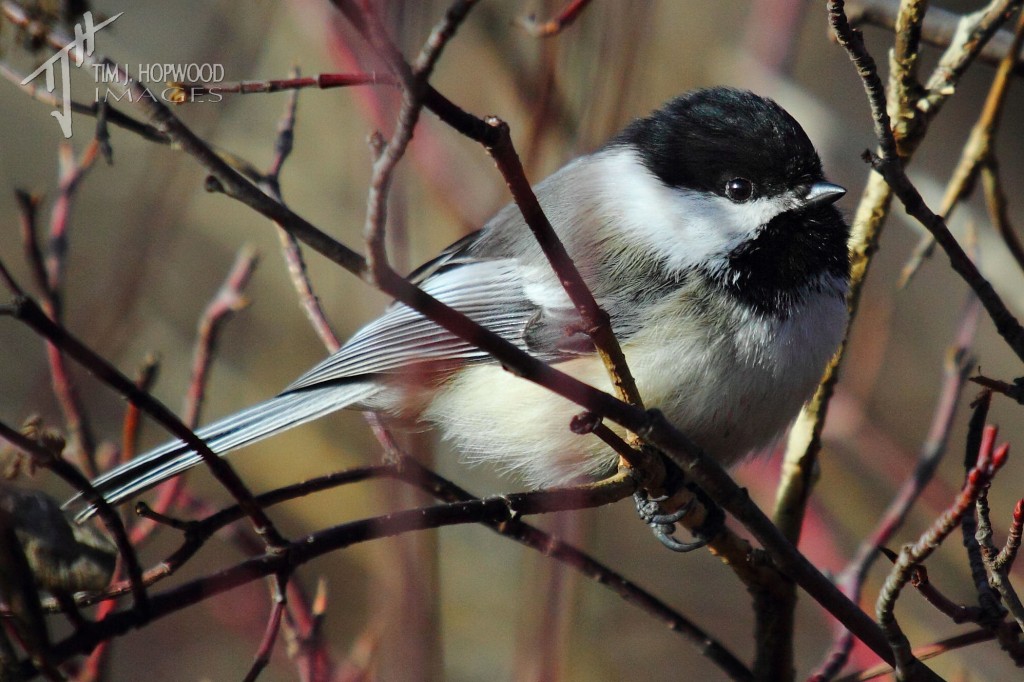