Heading south-east to camp this time, we were once again by a lake of sorts – the Travers Reservoir near Champion, AB. After a delayed and disappointing start (someone stole our trailer hitch, despite it being in a ‘secure’ RV storage site!) it was just nice to reach our destination & be able to relax with no time for birding. 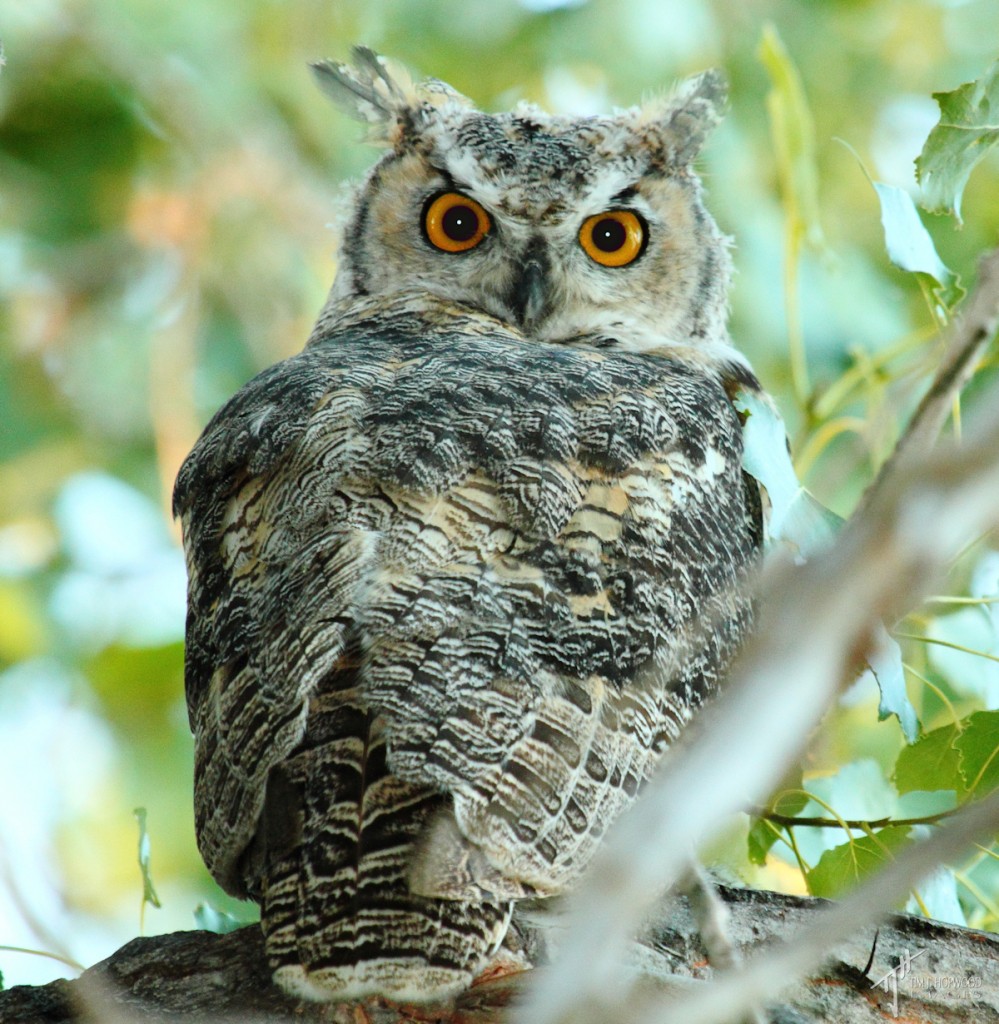 The following day, I took my son out in the stroller for our now standard early morning walk and not long into it a Great Horned Owl flew up & landed in the roadside tree just ahead of us. I was able to reel off a number of shots in the dawn light before we continued on back to cook a bacon & eggs breakfast. While cooking said meal on our bbq, I investigated a nearby unfamiliar bird call and was pleased to find a Baltimore Oriole in the trees around the adjacent trailer site.

Later in the morning we hit the beach, but it was a little cool for swimming & on the way back I noticed a flash of feathers up in the trees ahead & went off to investigate presuming it to be a hawk or similar. When I got to the spot, I Iooked for a few minutes until finally I saw this guy perfectly camouflaged on a tree branch & realised this was what I had seen! 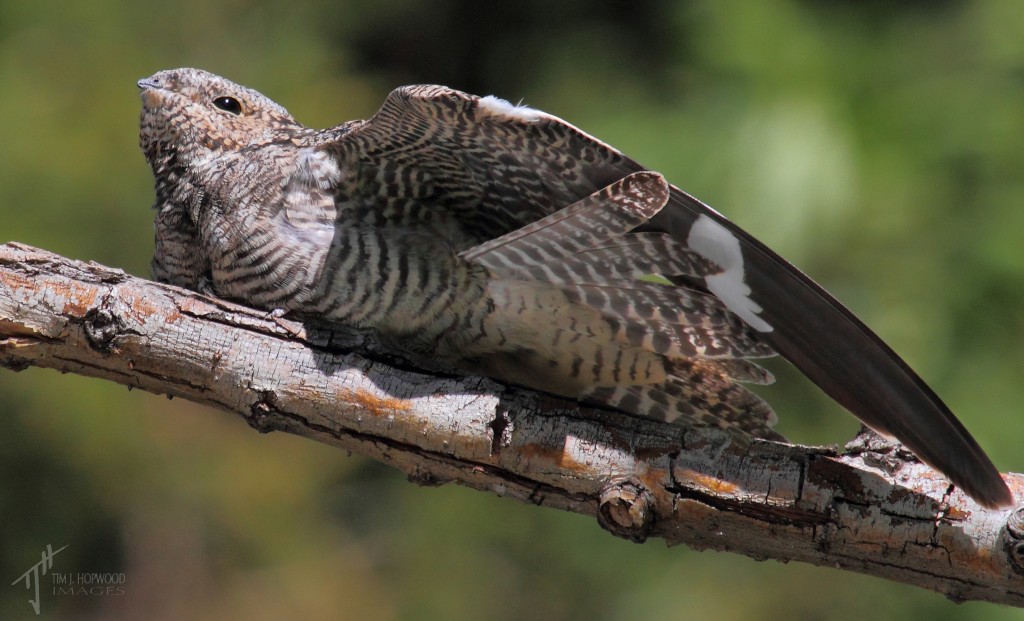 This nighthawk sat on the branch for at least 6 hours throughout the day, and was completely unfazed by the oblivious half-dozen campers only 10 feet below. The main shot was a lucky one when he happened to stretch his wings & tail giving some nice views of his underside markings.

Returning to the beach in the early afternoon when the temperature had risen to a comfortable level, a fellow camper alerted us to the presence of a `family of owls` in the trees beside the beach. So, I went & took a look & sure enough there were at least two adult owls, those I could not find any owlets. Several Greater Yellow-legs were also patrolling the beach allowing some nice shots. 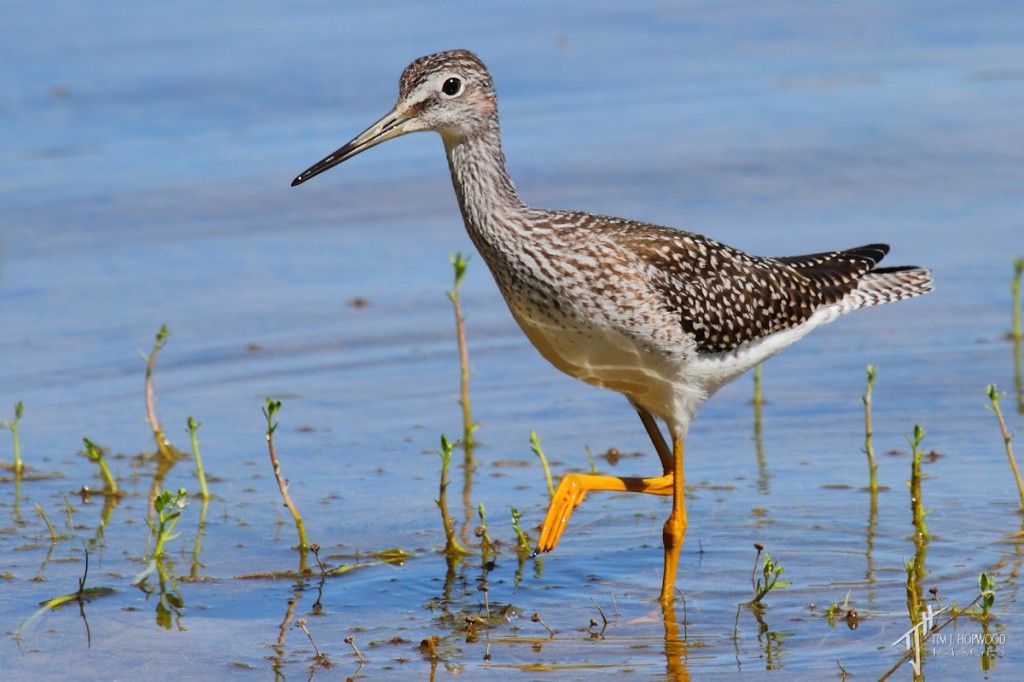 In the late afternoon while the kids had their nap, I had to go gas the car up in Vulcan & took the opportunity to do a little fencepost watching & was rewarded with some nice views of a male Merlin devouring a recent catch. 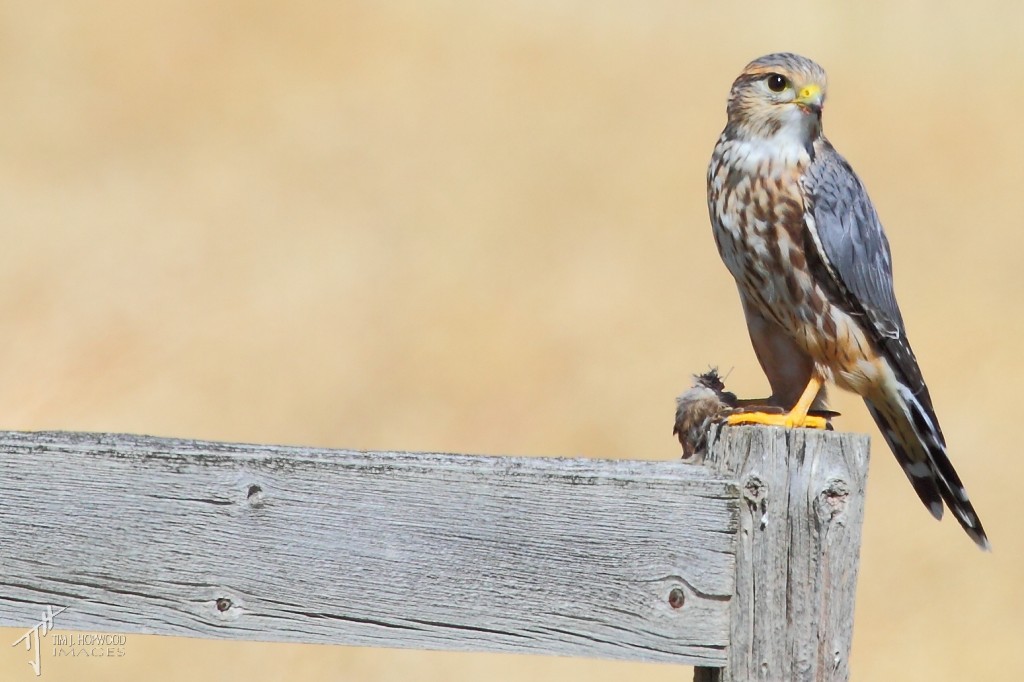 The next morning I went to check out the owls once again during our father-son stroll, and this time managed to find one of the elusive owlets peering out from behind a large branch. And on the way back, we came across a fairly active Brown Thrasher. No `life birds` on this particular weekend, but nonetheless a lot of fun & certainly my best GHO shots to date. 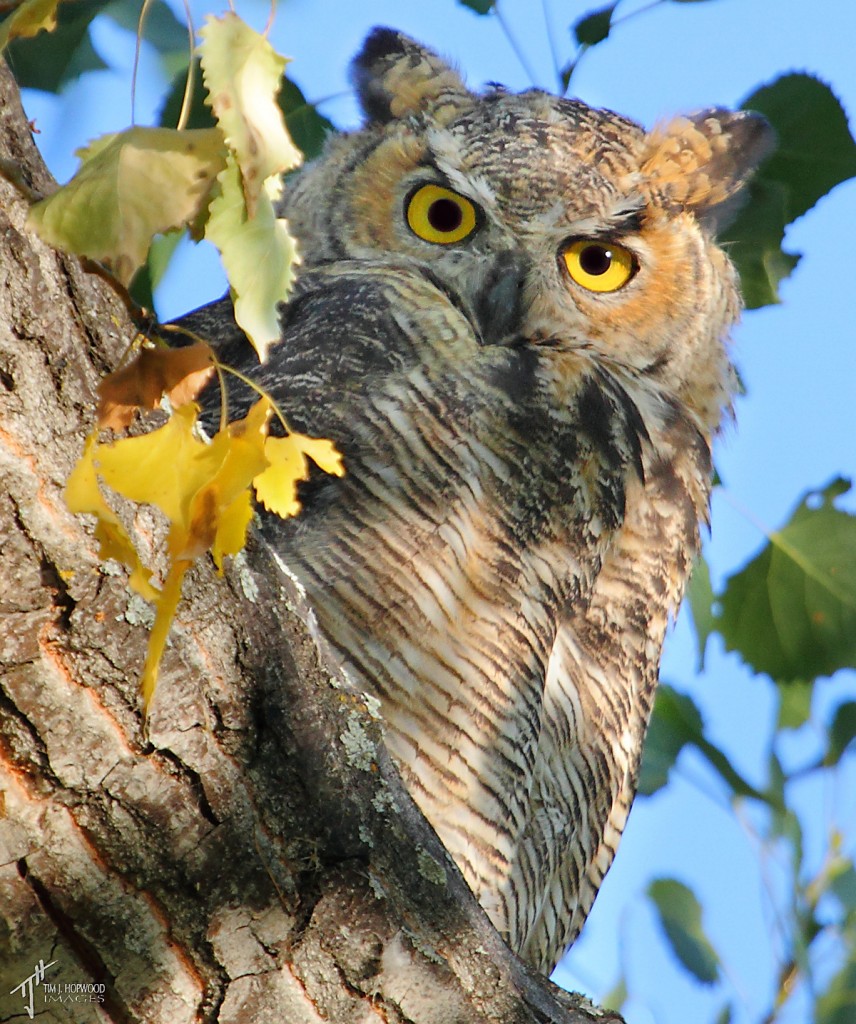 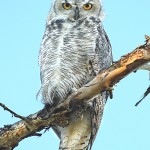 This guy greeted us first thing in the morning 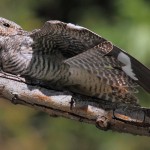 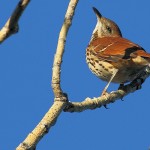 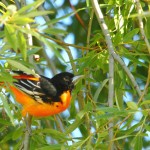 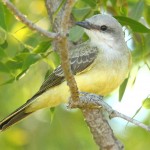 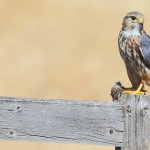 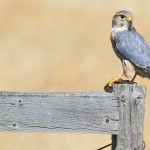 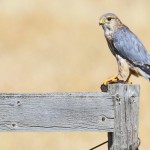 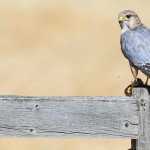 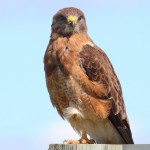 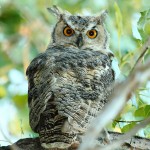 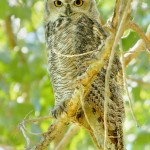 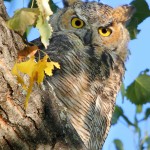 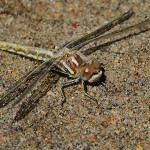 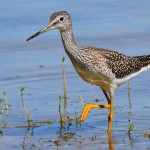 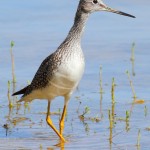 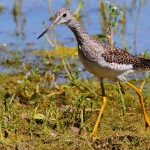 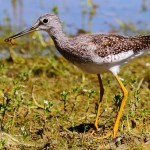