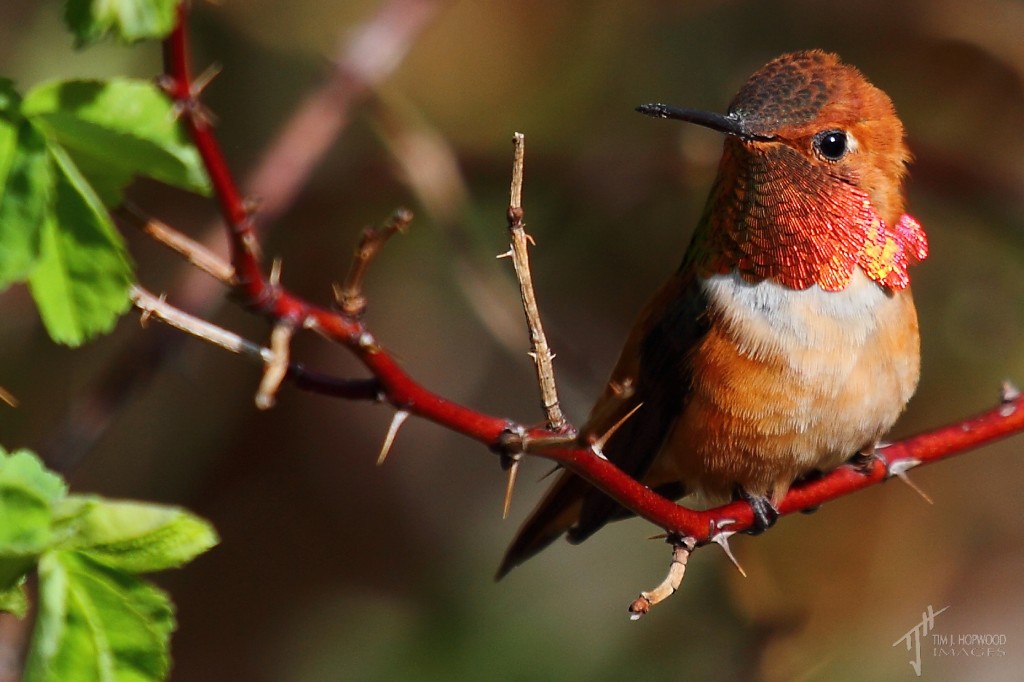 After seeing a May hummingbird photography course at the Bull River Guest Ranch in British Columbia advertised in one of my photography magazines back in January but unable to attend, my wife & I decided we should try for a long weekend family vacation at the same ranch & perhaps get some hummingbird photography in if (a) we had time, and (b) the birds had actually arrived (the advertised course did not start until a week later). After a 4-hour drive from Calgary we arrived at the ranch & within minutes it was quickly apparent there were many hummers about. In fact, in preparation for the upcoming course the Ranch owners had put out at least 10 feeders and the hummers (50+) were drawn like magnets! The owners also mentioned the hummers had only turned up in the last week so this, coupled with the beautiful weather (it snowed the day before we arrived), showed that our luck was really in!

Over the course of the weekend I was able to get in an hour here & there to go shooting and was quite pleased that there were many of the colourful male Calliope and Rufous Hummingbirds which I had never seen before; in fact the males outnumbered the females by 10:1. And the great thing about male hummers is they are very territorial and will continually return to the same roosts (usually at the top of a small tree to afford a good view of their patch), which is heaven for a photographer as you can simply locate them, set yourself up in a good position and know that they will be back again and again.

While my main focus was hummers, some other highlights included a Red-Naped Sapsucker (right outside our cabin), multiple Yellow-Rumped Warblers (Audubon sub-species), nuthatches, Turkey Vultures, Bald Eagles, and a Pileated Woodpecker. All told a great weekend, and I highly recommend the Ranch as a getaway for young families: the location is very picturesque, there is a petting zoo, hiking trails, accommodation & on-site dining is great and the owners very hospitable. 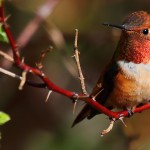 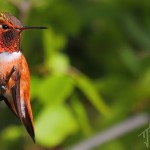 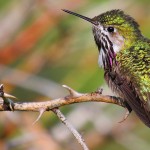 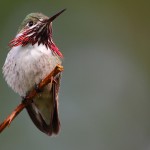 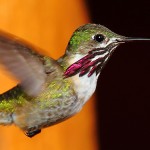 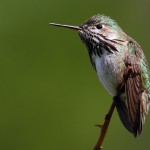 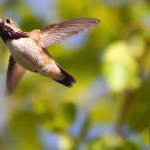 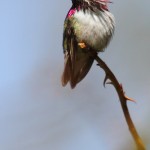 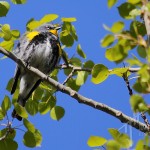 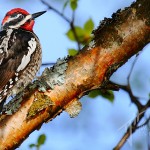 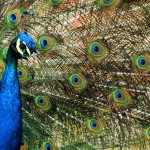 Pet peacock at the Ranch displaying to several females